In fact, graphene already exists in nature, but it is difficult to peel off the single-layer structure. One layer of graphene is graphite, and one millimeter thick graphite contains about 3 million layers of graphene. The pencil lightly scratches on the paper, and the traces left may be a few layers or even only one layer of graphene.

In 2004, Andre Geim and Konstantin Novoselov, two scientists at the University of Manchester in the UK, discovered that they could get thinner and thinner in a very simple way. Graphite flakes. They peeled the graphite sheet from the highly oriented pyrolytic graphite, and then glued the two sides of the sheet to a special tape. After tearing the tape, the graphite sheet could be divided into two. Doing this constantly, the flakes became thinner and thinner. Finally, they got a flake composed of only a layer of carbon atoms, which is graphene. 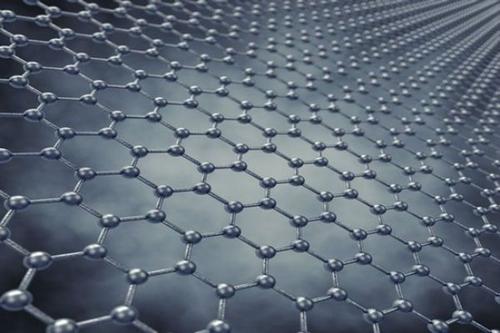 Carbon nanotubes, also known as buckytubes, are one-dimensional quantum materials with a special structure (radial dimensions are in the order of nanometers, axial dimensions are in the order of microns, and both ends of the tube are basically sealed). Carbon nanotubes are mainly composed of carbon atoms arranged in a hexagonal shape to form a coaxial circular tube with several layers to dozens of layers. Keep a fixed distance between the layers, about 0.34nm, and the diameter is generally 2 ~ 20nm. And according to the different orientation of carbon hexagon along the axial direction, it can be divided into three types: zigzag, armchair and spiral. Among them, spiral carbon nanotubes have chirality, while zigzag and armchair carbon nanotubes have no chirality.

Carbon nanotubes are a graphitized carbon material with excellent electrical conductivity. At the same time, due to its small depth and short stroke when deintercalating lithium, as a negative electrode material, the polarization effect is small when it is charged and discharged at a large rate, which can be improved The battery's large rate charge and discharge performance.

However, when carbon nanotubes are directly used as anode materials for lithium batteries, there are problems such as high irreversible capacity, voltage lag, and unclear discharge platform. Single-walled carbon nanotubes, such as Ng, were prepared by simple filtration and used directly as a negative electrode material. Its first discharge capacity was 1700mAh / g, and its reversible capacity was only 400mAh / g.

According to the lithium deintercalation mechanism of silicon, we can summarize the capacity decay mechanism of silicon as follows: (1) During the first discharge, as the voltage drops, the two phases of lithium intercalated silicon and non-lithium intercalated crystalline silicon coexist Core-shell structure. 2) The huge volume effect will also affect the formation of SEI. As the process of deintercalating lithium proceeds, the SEI on the silicon surface will crack and then form as the volume expands, making the SEI thicker. (3) The unstable SEI layer will also cause the silicon and silicon-lithium alloy to be in direct contact with the electrolyte and wear out, causing capacity loss.

The new lithium titanate is a "zero tension" material, which greatly extends the battery life, and can charge and discharge more than thousands of cycles. Newly developed new battery packs of lithium titanate anode materials and lithium manganese anode materials have been applied to environmentally friendly green lighting systems that complement wind and solar. "Lithium batteries used in traditional solar street lamps for power storage have to be replaced every two years, and lithium batteries made of new materials have a service life of up to 15 years.