Why can graphite be used as a pencil?

The main components of the lead core of the pencil are graphite and clay. According to the national standard, pencils are divided into 18 models according to the graphite concentration. In the current standardized test in our country, the computer can only read the pencil handwriting with a lead concentration of 2B. Too thick or too light will cause computer failure or error in reading.

Early pencils contained lead, but the main components of the pencil refills used by people were graphite and binder, which no longer contained lead and were harmless to the human body. 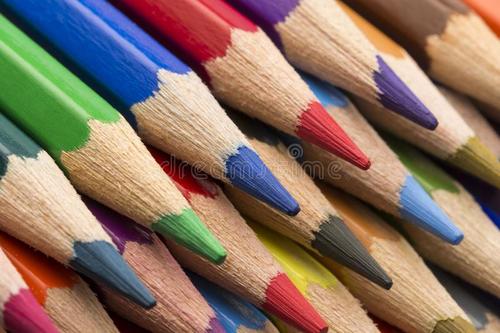 Since the main component of a pencil is graphite, and graphite is a conductor, the pencil lead can be conductive. However, the conductivity of the pencil lead is not very strong. Because of the arrangement of the atomic structure of graphite, it is determined that it can only conduct electricity in two dimensions, that is, it is conductive between two points on the same plane, and the upper and lower sides of the plane are not conductive. The graphite in the pencil lead is crushed and mixed with clay, so the atomic structure is disrupted, so the electrical conductivity is not very outstanding. In the experiment, if the length of the 2B pencil lead exceeds 15CM, the small bulb will not emit light. (Voltage around 5V)

Graphite and diamond are two brothers in the carbon family of chemical elements, and both consist of the same carbon atom. However, graphite is black and soft, but diamond is crystal clear and extremely hard. The two brothers are called "soft brother" and "hard brother", their temperaments are so different. What is the reason for this? It turns out that in graphite, carbon atoms are arranged in layers, and the carbon atoms hold hands in the same layer and are closely connected; the bond between the layers is loose, like a spiral playing card, with a light push , The cards slid apart from the cards, scattered on the paper, leaving dots of ink marks.

The carbon atoms in the diamond are like the steel bars of an iron tower, tightly connected in all directions. It is very difficult to shake it and make it change shape. Therefore, the diamond is hard and strong, and it has won the title of "King of Hardness". Like diamond and graphite, the composition is the same chemical element, but the appearance and temper are very different substances. Chemists call them "allotropes." You probably remember that white phosphorus and red phosphorus are the same chemical element phosphorus, but their properties are quite different. They are "allotropes" of phosphorus. In addition to graphite and diamond, there is also an amorphous carbon in the allotrope of carbon, such as smoke ink. Like graphite, it is also a good helper for us to learn culture. For example, brush ink is made of smoke or carbon black suspended in water with colloidal substances.