The application prospect of carbon nanotubes

Sumio Iijima, a physicist, discovered carbon nanotube technology at the NEC laboratory in Tsukuba, Japan, in January 1991. Its main body is composed of hexagonal carbon rings, which can be said to be seamless hollow tubes formed by a single layer of graphite hexagonal network crimped, called carbon nanotubes.

Carbon nanotubes (CNTS) have the properties of being as hard as a diamond but very flexible, which can be stretched. At present, the critical factor for the strength of the enhanced fibers commonly used in the industry is the length-diameter ratio, which means the ratio of length to diameter. Typically, materials engineers want a rate of at least 20:1, while the proportion of carbon nanotubes is more than 1,000:1 usually.

Carbon nanotubes will play a significant role in the future of electronics. As we all know, man is a carbon-based life. With the development of science and technology, the man-machine combination becomes possible, and carbon-based materials and the human body are homogeneous, which can be well integrated. 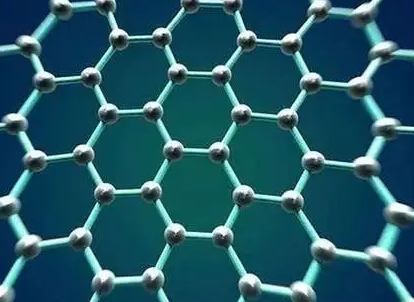 Although carbon nanotubes, as a new material for docking industries, are not directly accessible in life, they are less likely to be taken seriously. But in fact, it has a wide range of applications and a high impact on society.

We stress that Moore's law may be coming to an end.

In 2005, the international semiconductor technology roadmap committee stated clearly for the first time that silicon-based CMOS technology would reach its performance limit by around 2020, which means that the research of post-Moore integrated circuit technology is becoming increasingly urgent.

Many people believe that the microelectronics industry may have to give up using silicon as a transistor for conducting communication after it has reached the seven-nanometer technology node, with the advent of a photon, quantum, brain-like computing, and other technologies.

Of course, replacing traditional silicon wafers with carbon nanotubes is one way to do that. At the IEE electronics conference in mid-December 2011, IBM scientists presented the world with the world's first transistor smaller than 10 nanometers and revealed the exact size -- 9 nanometers in January 2012.

Unlike today's silicon transistors, IBM uses carbon nanotubes and has managed to assemble thousands of electronics on a single chip. Although there is still a gap in the number of transistors with the traditional silicon materials, its small size and light mass advantages are apparent.

Last November, IBM unveiled its technology for producing carbon nanotubes. The technology could lead to the most potent microchip, making it possible for chips to be injected under the skin and foldable computers.

Existing machines lose unstored content when power is cut off, and hard drives are slow to read. In the future, non-volatile random access memory (NRAM), a carbon nanotube-based memory, will address this problem.

Its structure is visible under a microscope, and its tube diameter is only 1/50000 of human hair. In addition to the vast storage capacity, fast read and write (1000 times faster than normal flash), the advantage of not losing content, it is of lower power consumption, more excellent reliability and durability, and lower production costs.

As we have said before, existing battery formulations contain up to 96 to 98 percent active matter.

So, it is possible to improve the energy density of batteries by using carbon nanotubes to promote active material. The latest standout is single-walled carbon nanotubes (SWCNT), a special conductive additive. It can form a conductive network at low concentrations, increasing conductivity at just 0.001 percent, with the potential to increase the energy density of existing batteries by 60 percent in the next five to 10 years.

Engineers from the Massachusetts Institute of Technology have designed a new sensor, which, for the first time, detects individual protein molecules secreted by a single cell.

A hypodermic syringe can hold millions of such robots. They automatically recognize targets such as cholesterol or viruses deposited on the walls of arteries, break them down or eliminate them, making them waste products that can be excreted through the kidneys and play a healing role.

Carbon nanotubes can be uniformly diffused into plastics to produce stronger and more conductive materials.

The technology can be used in areas such as electrostatic spraying and electrostatic elimination materials. When this material is used in high grade automotive plastic parts, ordinary plastic can replace the original engineering plastic，which simplified manufacturing processes, reduced costs, and resulted in plastic parts with more complex shapes, higher strength, and better surfaces.

Carbon nanotubes can be used to make composites on aircraft surfaces that are invisible to radar. The principle is that by absorbing the radar waves, the damage can be reduced in lightning. It can also be used to make wings, fuselages, rudders, and other components. What's more, its high-temperature resistance, high heat resistance, and flame retardant characteristics make it an application choice of high-speed missile surface material.