Carbon atoms can combine in different ways, resulting in many allotropes of carbon with different physical properties. Known allotropes include graphite, diamond, fullerenes, nanotubes, and graphene, most of which are man-made.

When these allotropes of carbon are used as additives, their source, form, and production method can affect the properties of the material, because the different forms of carbon are very different. Graphene and single-walled carbon nanotubes have the best performance combination and advantages.

Except for graphene, these carbon-based additives can be produced on a scale of hundreds or thousands of tonnes and can be used for industrial purposes. 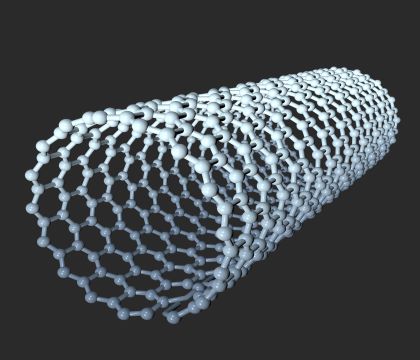 Both types of carbon nanotubes can grow to a few hundred nanometers or even a few millimeters in length but are typically in the 1-30 micron range.

A THREE-DIMENSIONAL conductive network can be formed at a very low additive amount, starting at 0.01% of the total weight. Such a low addition has little effect on color.

The typical aspect ratio of MWCNTS is low, so the permeability threshold of conductivity is high. Because of their larger diameter, multi-walled carbon nanotubes are very stiff and their asbestos-like properties also pose health risks.

Single-walled carbon nanotubes have one of the highest tensile strength and elastic modulus of materials (~50 GPa and ~ 1000 GPa, respectively), which are suitable for strengthening a variety of materials, including polymer composites.

For multi-walled carbon nanotubes, 3-5% addition is usually required to improve mechanical properties. High addition levels can affect other important features, such as the surface quality and color of the final product.