The lithium-ion battery is popular for its high capacity, high voltage, high cycle stability, high energy density, no environmental pollution, and other excellent performance, known as green energy and leading power in the 21st century, has a wide range of civil and national defense application prospects. 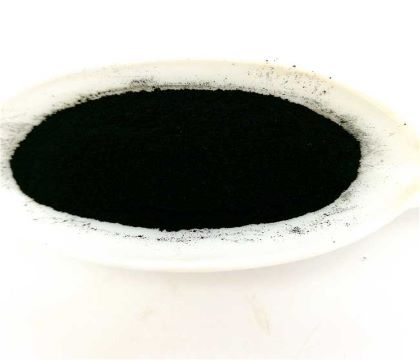 At present, lithium-ion batteries and their key materials have become the focus of attention of various countries and also the high-tech industry supported by China's energy field.

The 2019 Nobel Prize in Chemistry has been awarded to Professors John Bannister Goodenough, Stanley Whittingham, and Akira Yoshino for their contributions to the development of lithium batteries.

With the embedding of lithium ions in the graphite anode more and more deeply, the surface color of the anode also gradually changes, from black to black to dark yellow and finally to gold, the graphite anode has also completed the transformation from C to LiC12 to LiC6, thus completing the charging process.

The capacity of natural graphite is high, the compaction density is high, the price is cheaper, but because the particle size is different, the surface defects are more, the compatibility with the electrolyte is poor, and the side reaction is more; The performance of artificial graphite is more balanced, good circulation performance, and the compatibility of electrolyte is better, so the price will be more expensive.

Natural graphite has advantages of cost and specific capacity, but its cycle life is low and consistency is lower than artificial graphite. Compared with natural modified graphite, artificial graphite technology is more mature, and its electrolyte compatibility is better.

The purity of amorphous graphite is low, the spacing of graphite crystal planes is 0.336 nm, and it is mainly hexahedral graphite crystal plane ordering structure, that is, the graphite layer according to ABAB...In order, the orientation of individual microcrystals presents anisotropy, but after processing, the microcrystalline particles interact with each other to a certain extent and form massive or granular particles with isotropy properties.

The crystallinity of flake graphite is high, the lamellar structure is unitary and has obvious anisotropy. This structure determines that the volume of graphite changes greatly in the process of lithium intercalation and deintercalation, resulting in the destruction of the structure of the graphite layer, resulting in a largely irreversible capacity loss and severe deterioration of cyclic performance.

When used as anode graphite of lithium-ion battery, flake graphite has the disadvantage of large irreversible capacity for the first time, and the cycle performance and high current charge-discharge performance of flake graphite are poor. Therefore, modification research on natural graphite is often focused on when used to improve its structure shortcomings and improve battery performance.

Artificial graphite according to the different processing technology, is mainly divided into MCMB, soft carbon, and hard carbon.

With the explosion of the global power battery market, the comprehensive requirements of material cost, processing performance, energy density, cycle life, fast charging rate, and other factors are improving, and artificial graphite has gradually become the preferred anode material for a lithium battery.