It's been nearly 30 years since the discovery of carbon nanotubes. Carbon nanotubes are a kind of tubular carbon nanomaterials with graphite crystals. As a one-dimensional nanomaterial, they are light in weight, perfectly connected with hexagonal structure and have many abnormal mechanical, electrical and chemical properties. Therefore, carbon nanotubes have a very broad application prospect 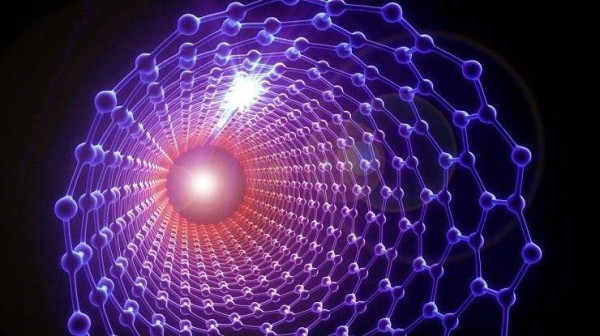 3. Engineers at Stanford university have reportedly made a breakthrough in a new generation of electronic devices by building the first prototype computer using carbon nanotubes, which are smaller, faster and more energy efficient than computers based on silicon chip patterns. Professor giovanni DE micelli, director of the school of electrical engineering at the ecole polytechnique federale DE lausanne, Switzerland, highlighted two key technical contributions to this worldwide achievement: first, putting in place a manufacturing process based on carbon nanotube circuits; Secondly, a simple and effective circuit is established, which shows that the calculation using carbon nanotubes is feasible.

4.Hydrogen is seen by many as the clean energy of the future. But hydrogen itself has a low density and is hard to store when compressed into a liquid. Carbon nanotubes are lightweight and have hollow structures that make them excellent containers for storing hydrogen even denser than liquid or solid hydrogen. When heated properly, the hydrogen can be released slowly. Researchers are trying to use carbon nanotubes as lightweight, portable hydrogen storage containers.

6.Many excellent composite materials can be made by utilizing the properties of carbon nanotubes. For example, plastic reinforced with carbon nanotubes has excellent mechanical properties, good electrical conductivity, corrosion resistance and shielding of radio waves. The carbon nanotube composites made of cement have good impact resistance, anti-static, abrasion resistance and high stability, and are not easy to affect the environment. Carbon nanotubes reinforced ceramic composites have high strength and good impact resistance. Due to the defect of five-membered ring on the carbon nanotubes, the reactivity is enhanced. In the condition of high temperature and other substances, the carbon nanotubes are easy to open at the end face to form a pipe, which is easy to be infiltrated by metal and form metal matrix composites with metal. Such materials have high strength, high modulus, high temperature resistance, small coefficient of thermal expansion and strong resistance to thermal change. Carbon nanotubes also provide physicists with the finest capillaries for studying capillarity and chemists with the finest tubes for conducting nano chemical reactions.